The Color Epidemic evoked over two hundred responses in five days - on the blog, on Facebook and mostly by email. Thank you for supporting Kerala. We will definitely inform the powers that be and also earnestly try to persuade them to save at least public buildings from the color epidemic.

In the meantime, here are a handful of reactions: 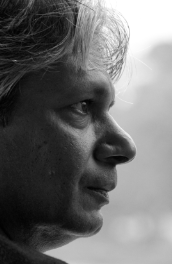 I was here in Kerala after 14 years (I'm half Malayalee) and was devastated to the point of heartbreak by the sweeping change that has ravaged its aesthetic and cultural landscape. As I traversed the state my sensibility was assaulted with unrelenting frequency by the vulgar, garish and completely out of sync buildings including private homes that seems to be the new cultural expression of the new malayalee nouveau riche. Gone is the Kerala that I knew with its strong grounded and self assured voice that made it, in the earlier years, a cultural landmark. I absolutely and wholeheartedly support any effort to reverse the status quo and pray that we can generate enough of a voice to regain everything that we have lost.

Lakshmi Menon
(Model, New York)
The vacuous, shallow, insensitive thinking behind the 'new, colour-splashed Christmas cake Kerala' that we see now, has never ceased to amaze me. The complete denial of its rich, substantial,aesthetic past can only spell disaster for Kerala's future, and I'm delighted that someone has actually taken the initiative to curtail this fall from grace.


Prakash Varma
(Ad Filmmaker, Nirvana Films, Bangalore)
Yes, of course, I support this cause.
Kerala is losing its aesthetic language. What defined us earlier was our sense of design and use of space based on our environment. But increasingly, homes are not representative of our culture. We see huge, ugly mansions, many of them with high walls like fortresses. Use of garish colors and synthetic flowers are spreading.
It is time to sit up and pay some attention to why we make these choices. In Kerala, with so much greenery around, we need to balance our homes with colors that complement and not clash with our surroundings. It will be wonderful if this initiative spreads and curbs the color epidemic. 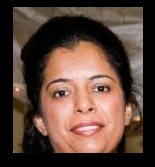 Pamela George
(PRO, Hamad Medical Corporation, Ottawa)
It's nothing new. It's been going on for a while now. Creative license I should say?
Response: Pamela, no, this is not creative license. You should see what is happening here - two beautiful, large lions in italian marble in Kanakakunnu palace is given a face-lift using brown enamel paint - the list of such atrocities is endless. This is the beginning to a rot that needs to be stemmed. Of course, it's been happening for a while - the only difference is that the pace has changed now. It's like rape - the only difference is that what is being torn to shreds is what is left of our collective identity. Why is it that we need to travel to admire heritage, culture and beauty? Why is it not valuable when it is in our own backyard? Why do we respect building and design enforcements that the Governing Councils in other countries impose and fight against it back home? Baffling.
Pamela George:
I agree that there should be some guidelines or regulations. I live in a country where you cannot even let the grass under your feet grow too long! But unfortunately in India, more regulations means opening doors for some govt Babus to make more money under the table.

Praveen Sagar
(Development Technologist, Glysure, Oxford)
I strongly support this cause. Systems are in place in the UK and the link below would be useful as a guideline: www.communities.gov.uk/planningandbuilding/buildingregulations

Karthika Nair
(Writer, Paris)
Thank you for the strongly expressed post and the initiatives suggested to counter this epidemic! 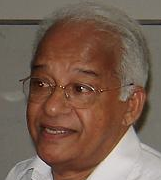 V S Madhavan Nair
(Entrepreneurial Consultant, Trivandrum)
I read it and it was inspiring. At least public properties must be saved from such vandalism and your suggestion should / could be acted upon by the powers that be under the force of organised and focused public pressures and persuasions.
As for private properties, let us hope that across time, everyone gets to understand the beauty of gentle colours and simple structures.


Prof. Unnikrishnan Panickar
(Retired Professor of English, Trivandrum)
I support this cause. I have heard that personality can be probed by something called the Luscher colour test. It is time we dusted off some of those old tools and went ahead analyzing the mindset of the well-fed mod Malayali with a thick wallet. He has suddenly developed this penchant for painting everything - not only the architectural atrocities that he calls his home - with "kannil kuthunna" colours. If you have been to the Museum/Kanakakkunnu compounds, you will be familiar with the amazingly life-like dozing lions in while Italian marble. No more - they have been "done up" in deep brown enamel paint. This probably marks some sort of a cultural renaissance here!!!
A couple of weeks back when my painter friend of about 25 years (not somebody who wields the brush in front of canvas, but one who climbs high on a ladder to help the average house put on some make-up) was late by a week for some maintenance work at my home, and when I asked him what had kept him, he said that he was delayed by a well-paying client's insistence on re-doing some areas in a new colour. The rooms were sporting four different colours on the four walls, and they had names like 'mango mood', 'peach fantasy' etc, and bore no resemblance to the colours of either mango or peach in any of their avatars, and the exterior was, to put it mildly, stunning and shocking to the senses. A humble man who wielded the brush to earn an honest living, a boy who had to cut short his schooling at the 9th standard to help keep the wolf at bay, but still basically a true Malayali, Babu the painter of houses for the last 25 years summed it up, oh so aptly, when he said, "Sir, these modern colors, they are criminal colors." I too tend to share his instinct, and maybe the Luscher test will tell us conclusively if there is a streak of criminality that is inherent in the hues of the times.

Ekanthapadhikan
(Copywriter, Trivandrum)
I first came across this about three years ago when I was travelling to a temple atop a hill, amidst a forest area. In complete contrast to the thick, green, mist-laden foliage, a house painted in fluorescent pink stared at me from a distance. I never understood why the house was so coloured. I tried to rationalize it by telling myself that it is so to help its owners find their way home on a very misty day. But no. The idea still bothered me. And yes. I do support this cause. It's not just about the colours. It's also about the numerous buildings rearing up in the heart of the city with unaesthetic and ridiculous glass facades. Glass facades in a place as hot as ours? No wonder the once warm and cozy city is getting hotter by the day. There definitely is an immediate need for something of the sort of a City Council comprising of 'sensitive', 'sensible' and 'reputed' people, as mentioned.

Ravichandran Ramachandran Nair (Trivandrum)
You have a heritage corridor running all the way from Kowdiar to East Fort... yet what you find today is that aesthetic apathy on the Government's part has led to monstrous constructions virtually shutting out the stately structures that is our heritage!!!! Look at the TRIDA complex at Palayam... What an eyesore... The Palayam Church which stood up with the Public Lib.,Arts Coll.,Uty. College and VJT Hall as brothers-in-arms and brave sentinels of the glory of a bygone era, has gone all pale and sickly,afflicted with the very same malady you mentioned... The Taj stands on hallowed ground, where once stood the largest and most majestic, albeit ghostly, of the old Raj mansions dotting the Vellayambalam - Thycaud Guest Hse. stretch... all of the old homes on the road to AIR and DPI have disappeared... How majestic the PMG would have looked without the addition to it... just take away CN and UTY stadiums to the outskirts and we would have a magnificent Squire to built around and conserve... which city has three ghastly stadiums in its very heart within a radius of just a kilometer! Maybe this is why I continue to live in my own exile... at the least Mother is all around me out here! God save us from ourselves!!!

Never felt more strongly towards a cause before. I mean, it's painful to see our once 'homely' city being stripped off all it's domestic glory!

Gitanjali Menon
(Copywriter, Stark, Bangalore)
I read that article twice and savoured every word. My dad would be proud of the initiative, so would his good friend Dr. Klaus-Peter Gast, an architect in Nettoor.

Dinakar Ra
(Consultant, Japan)
Its such a relief to know that there are so many people seeking a cure to the garish-color epidemic sweeping Kerala!

Lekha Mohan
(Freelance Writer, Trivandrum)
You have put into words what many others had in mind. am so glad that someone has made an initiative to bring to notice to the concerned (and also to the public!) this atrocity which is ruining our landscape! 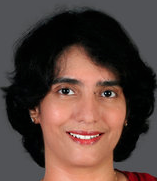 Shoba Verghese
(English Corporate Trainer, Trivandrum)
I totally support this cause. Having houses mushrooming all over Tvm in the most shocking colours one can conjure up, is bad enough. I do believe we should take a stand before it does become an epidemic with the Government's endorsing the new colour scheme as well. 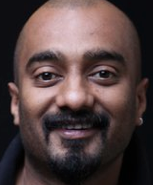 Roby Mathew
(Entrepreneurial Consultant, Bangalore)
Yes i do support this cause of having an unified aesthetic language for our political capital.